Noomi blogs and prays for kidnapped Israeli youngsters: ”Bring Back Our Boys”

In an unknown location, probably somewhere in the West-bank, three Israeli youngsters are held hostage as I write these lines. They were kidnapped while trying to hitch a ride home to their families from school last Thursday. Eyal Yifrach is 19, Gil-ad Shaar and Naftali Frankel are 16. I have a 19 year old son. He is in a gap-year program in the north of Israel. He often hitches hikes. As do tens of thousands of kids his age who are in programs in parts of Israel where the busses don’t run that often. Actually, all those kids do, only some won’t tell their parents.

It breaks my heart to think that someplace, probably no more than an hour from where I live in Jerusalem, these kids are held captive, most likely underground, by ruthless, fanatic captors. The Palestinian media has been reporting about the kidnapping. The captives are referred to as ”soldiers”, ”settlers” or Zionists, all of which supposedly explains why it’s legitimate to kidnap them, to further the cause. They are not described as pimply, un-armed high-school students, which is what they are in fact. Years ago a Palestinian sniper in Hebron aimed his rifle at Shalhevet Pass and shot her in the 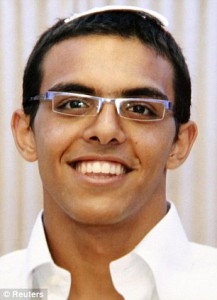 head as she sat in her baby carriage. She was ten months old when she was intentionally murdered. The sniper must have told himself quite a story to be able to aim at and shoot a baby in the head as part of a national struggle.

No organization has yet taken responsibility for the kidnapping but it has all the trademark signature of a Hamas operation, the Palestinian Authority’s new partner in government. In addition to the world famous Gilad Shalit who was held captive by Hamas for five years in an underground bunker in Gaza, but eventually released back to his family, Hamas has previously employed the same modus operandi of kidnappings. In May 1989 Israeli soldiers Ilan Saadon and Avi Sasportas were kidnapped by car on two separate occasions and both murdered. In December 1992, the same happened to Nissim Toledano who was also forced into a car and murdered. We have reasons to worry about the wellbeing of the three kids who disappeared off the face of the earth on Thursday. As the news of the kidnapping was published in Palestinian press there were expressions of joy and celebration in areas populated by Palestinians, including the traditional giving out of candy to kids when something bad happens to Israelis. Part of the Palestinian 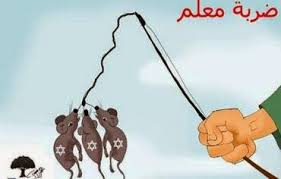 press is having a field-day with funny cartoons and jokes about one Gilead being released and another being captured.

My (Israeli) friend is sending her 13-year old daughter to summer-school to learn Arabic this summer. In order to prepare her girl, my friend went to an Israeli bookstore to get some basic children’s picture books in Arabic. She couldn’t find a single book that was not on the topic of the Middle-East conflict and depicted Israel as ”the bad guy”.  If these are the only stories you are brought up on, it is hard to imagine a shared future. Although Israel is the other half of the conflict, there are no children’s books demonizing Palestinians or Arabs. None.

Palestinian member of the Israeli Knesset Haneen Zoabi said yesterday that the kidnappers are not terrorists and that because of the ”occupation” the kidnapping is legitimate. I beg to differ. Here is a politician who has sworn allegiance to the state in which she was democratically elected, the only state in the Middle East that has democratic elections. But she is telling herself and us a story that enables her to regard violent black-mailing criminals as something else, when it suits her narrative. Three citizens, two of who are minors, in the state where Zoabi is part of the legislature, are held against their will, hidden and denied contact with the world. But she doesn’t even feel shame to express her racist, convoluted logic in the press.

Meanwhile, we pray. Thousands met at the Western Wall a couple of days ago to pray for the safe return of the kids. Synagogues and schools throughout Israel hold special services. Yesterday Jews and Moslems met at the site of the kidnapping to pray. Yes, there are certainly such Moslems too. Israel is glued to the radio, trying to read between the lines of the news reports to glean any new piece of information or new development. In the meantime, those who are used to it and those who are not, pray, because what else can you do?