Two weeks ago we had a really big snowstorm, the heaviest snows in at least 20 years. I loved it. The crisp, clean air, the sparling beauty, the quiet, the hot chocolate, the gloves drying on the heaters and no school. Maybe I love it because I grew up with snow, or maybe because I just love it. But then again, I’ve never been in snow without being able at any moment to go indoors and enjoy heat or electricity.  So when it got too cold or wet, I just went home and borrowed my kids’ shoes. Can’t have a blog from the Middle-East without any politics, so, while we enjoyed the crazy weather, we heard about millions of displaced refugees in Syria, toughing it out in tents. There were two parallel collections of clothes and blankets going on, one for Syria and one for the Philipines. 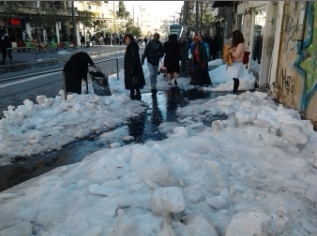 Because it happens so seldom, Jerusalem really isn’t equipped for living with snow, so the city draws to a halt and waits for the white carpet to melt into the usual gray-green of the Middle-East. The kids missed three full days of school. I heard no complaints about that. On one hand, coming from the north it seems kind of pathetic that a bit of snow paralyzes the capital, on the other hand, it happens so seldom that it’s cheaper to do that than to buy snow-clearing equipment.

All over town you could see snow-men, little ones built by the inpatient or inexperienced, big elaborate ones that must have taken a great communal effort. Most are traditional with a carrot nose and stone buttons but there were also snow-women, Ultra-orthodox snowmen in black hats, snow-dogs and snow-aliens. Not sure if the snow-aliens were intentional, if you take into account that we have a lot of snow amateurs. 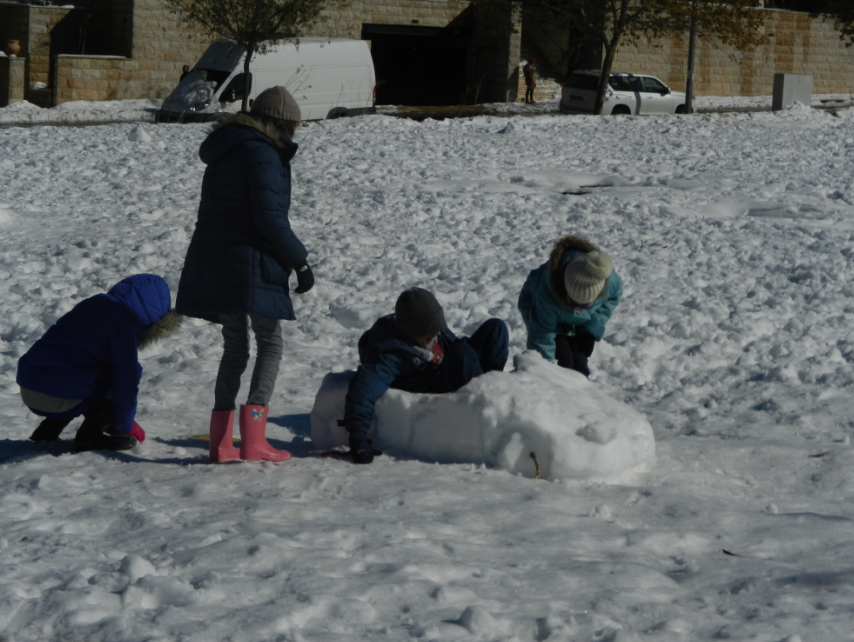 After every snowfall, there are also traces of igloos. What you see on the ground actually isn’t an igloo, t’s more like a large circle of side-by-side snowballs with a small opening somewhere. And then in one place, there will be a few snowballs in a second row, on top of the first. And that’s it. They never get beyond the beginning of the second row. Cause it’s not so easy to build an igloo. But I still feel the urge to do it when I see an untouched field of white flakes. Imagine, to actually complete a whole snow- structure. And inside it would be really warm and there would be hot chocolate and lovely synthetic furs to bundle up in. Barney says it’s good to imagine. He doesn’t say anything about frozen fingertips and wet feet.

So maybe next time we have a real snow-storm, in like another 20 years, I can take my grandkids and build an igloo. Looking forward. 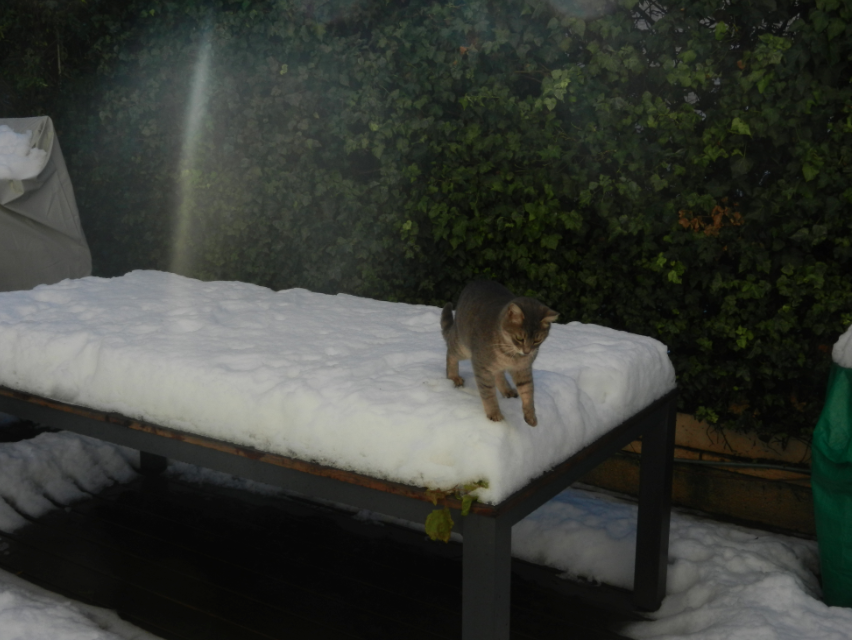