Let us introduce our new blogger from Iceland and his organization

We are pleased to introduce our new blogger from Iceland – Arni Finnsson. Arni is working for INCA, which is presented below:

The Iceland Nature Conservation Association (INCA) was established in May 1997. It is a conservation NGO, with the primary objective of conserving and protecting the wilderness of Iceland. From the outset, INCA’s primary goal was to establish a national park in the highlands, which constitute some 40% of Iceland’s total area of roughly 100.000 sq.km. Vatnajoekull Glacier Park, some 15.000 sq km in extent, was established in June 2008.

INCA has been heavily involved in the public debate on the sustainable and wise use of hydroelectric and geothermal resources and emphasizes their potential in the promotion of Nature conservation and tourism. 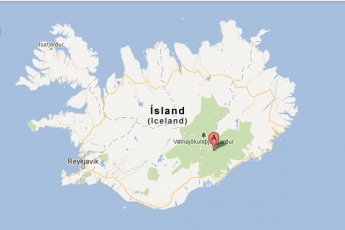 INCA has also focused on sea fisheries issues by co-operating with the Deep Sea Conservation Coalition in calling for a global moratorium on deep sea trawling in the high seas. INCA has called for the strictest possible implementation of scientific recommendations for TAC limits in Icelandic waters. The fisheries minister has heeded these calls in both 2007 and 2008. And, INCA is now a member of OCEAN2012, working for transformation of EU Common Policy stops overfishing, ends destructive fishing practices and delivers fair and equitable use of healthy fish stocks.

INCA focused attention on the climate change issue from the outset. Since 1999 INCA has been represented by Arni Finnsson at the Conference of the Parties of the UN Framework Convention on Climate Change and it has been the leading NGO in Iceland on this issue. INCA is a member of Climate Action Network Europe.

INCA has gained a reputation as a reliable source of information in the media. It is regularly called on to provide representation in events dealing with Nature conservation such as fisheries issues, whaling and climate change. Arni Finnsson, chair of INCA’s board, was awarded the Animal Action Award In 2007 for INCA’s efforts for the conservation of whales.

INCA has some 1500 members and runs an office in Reykjavik. INCA would substantially benefit from extra funding to make it possible to hire people with expertise in fundraising as well as strengthening its outreach to its members and the public at large.

We would like to welcome Arni onboard! We really are looking forward to reading your blog and learn more about Iceland.