”My second daughter will be drafted in two weeks”

We got a huge compliment from my oldest daughter tonight. She said she just met a young mother she knows who is having a hard time with her small children. “I said she ought to talk to you or dad to get some advice on good parenting”, my offspring said, casually.

Being a parent means you make choices for your children. Good parenting is making good, thoughtful and informed choices. Good parenting is choosing what is right for your child, not for yourself. Parents choose for their kids all the time, not only when they name them, or pick a school, but also when they, for instance, talk to their spouses in a certain tone of voice, or more dramatically, leave their partner. Your set an example that may have long-lasting consequences if your child sees you watching TV rather than reading or having a snack between meals. Heavy, but parents can’t drink alcohol on  regular basis, and tell their kids not to drink.

Israel, and therefore, my children need to do the obligatory army service. My oldest daughter finished her two-year service last summer. My second daughter will be drafted in two weeks. At the moment, she is busy getting ready. There is a long list of stuff she needs to buy, some of it army recommendations, some of it older sister’s experience and common wisdom. Like every other conscript, second daughter will get everything she needs for her service in the army. But the army socks have seams, and they cause blisters during training. So we’ll get her a supply of the better ones. You don’t need a rap-around towel that stays up with velcro, but it if it saves you time and frees your hands to brush your teeth, when you only have a few minutes to take a shower, then it’s a worth-while investment. So items that were not handed down from big sister we buy, hoping to make the transition from civilian freedom to army regulations a wee bit easier.

Becoming a soldier usually doesn’t put you in the danger-zone, if you are a woman. Even amongst men, only part of the armed forces, actually fight wars. What I fear for my girls is not that they now are part of an institution designed to wage war and protect this country through armed struggle. What is so difficult is that for the next two years, my daughter doesn’t get to decide anything on her own, not even the color of her bobby-pins.

There is currently a discussion amongst our lawmakers in Israel regarding the un-equal distribution of the burden to defend the country. Two large segments, ultra-Orthodox Jews and Arabs, are de facto exempt from army service. The Ultra-Orthodox do not get automatic exemption, but if they study in a religious institute of higher learning, which most of the men do, they can defer their service until they are so old the army doesn’t want them anymore. Israeli Arabs (about 20% of the population) are exempt, so that they will not be forced to take up arms against co-religionists. A minority, from both these minorities, choose to join the army despite not being obliged to. But the brunt of the service falls on the rest of Israeli youth. Women have two year compulsory service, men, three. There is an option of doing the equivalent time in some type of civilian service, volunteering in hospitals, schools, with special-needs programs etc. I know a young lady who did her civil service at the zoo. If you feel you are not suited for army service, for religious, ideological, mental-health or other reasons, you can apply to do civilian service.

Our kids have grown up with a lot of freedom, respect and independence. They are used to speak their opinion, to protest against unfairness, to represent their peers. None of which they can do in the army.  Armies are not democratic institutions. They do not encourage private initiative. They are, by necessity, hierarchical, non-individualistic, institutions. As a soldier, you have to obey orders, even if they seem pointless, even if you are exhausted. An army has as a goal to win battles against an enemy, and when you are a soldier, you are part of the structure that serves this purpose. 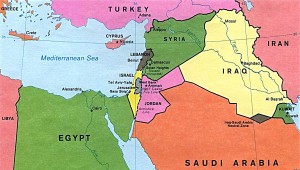 I want peace and justice for all. Israel is surrounded by nations who wish we didn’t exist. Israel has been attacked by surrounding armies again and again. We have survived many wars, because we have the better army.  The army is a large body, involved in many activities and projects. In an organization of this size, shit sometimes happens. Not all soldiers are fine human beings, just like not all civilians are fine human beings. The army thinks like an army, it divides the world into friends and enemies. So, sometimes, things go wrong, and the army makes a mistake. But, for the most part, the army does what it needs to do. It’s not a nice job, but until now, it has kept us alive. The Israeli Defence Forces, to me, is not some anaymous, green-clad mass. It’s my kids, my friend’s kids, it is a necessity. Politicians like to say, the most moral army in the world, but actually, even politicians are right, sometimes. And we will only ever be able to get peace in the Middle East, if we have an army to protect us against the alternatives to staying in existence.

As parents, it would be easier to hint to the kids that they can do civil service. We are religious, it is culturally more than reasonable to say that the girls prefer an environment that is more conducive to their beliefs. But we don’t tell them that. We choose to expect them to do their duty, and do their best. They will have time to develop their individuality later in life. Like oldest daughter, who is applying for music-school. Israel is not yet at a point where we can take existence for granted. And the kids pay a price for that. On the other hand, their service earns them a stake that they will feel for the rest of their lives. I wish that in two years’ time, second daughter will think that what we’ve chosen for the children is a good choice. And I wish her good luck!