”This is about getting stuck in a groove…”

There is a sweet little girl in my youngest daughter’s class who has really loose tear-ducts. When the girls were in first grade, this girl was likely to start crying if you said good morning too loudly. By now, she’s mostly outgrown that extreme weepyness, but still, I try not to startle her. Now, this girl, as far as I can see, comes from a loving and stabile family. There is no apparent external reason for her tendency to overflow. As a matter of fact, I’m quite the cry-baby myself. I weep when I  speak in public, I weep at the movies, I weep at every ceremony. My children think it’s hilarious. But I rather like to be in that emotional space, I enjoy being moved to tears. 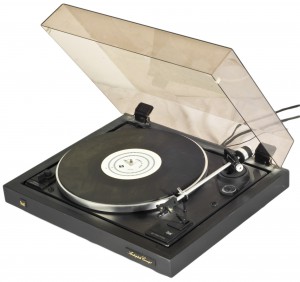 It must be over ten years since we moved the record-player down to the basement. Thinking that, one day, one of the children will enjoy having an authentic vinyl-player, we didn’t just throw it out. It is not likely that anyone will ever want an old stereo, but it’s the thought that counts. I gave up on the record-player when I went to a CD store to buy a new needle and the young employees gathered around me to gape like I had asked for a new blade for my guilloutin. They kindly suggested that I visit some weird electronics store, but as I left I could feel that I would be the dinner-table topic of choice. What, you’ve never seen a dinosaur before?

Those of us who grew up on LP-s know what a groove is. Sometimes, when you played the record too much, or bumped the stereo while doing the Bump, the record would get scratched and the needle get stuck in a groove. 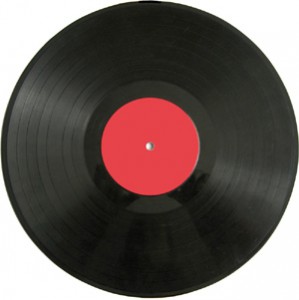 And it would stay there until you picked the arm up and moved it beyond the place where it was stuck. But, once stuck, that particular album would always get stuck in the same spot. Till this day, it astonishes my ears when I hear certain songs on the radio, and they don’t have the scratches and endless loops I’ve grown to expect.

So this is about getting stuck in a groove, so stuck that what started off as a mishap becomes your expectation. At some point, often early on in life, we develop our mental grooves.  We have reactive patterns etched into the brain, and regardless of how counter-productive it is, we tend to go down the same path, every time. It becomes an almost automatic behavior, and it’s easier to go down that familiar path than to force your self to actually think what the best plan is. The odd thing is that the groove starts to make sense, because of its familiarity.

At the risk of sounding like an anti-feminist joke, I’d like to state that in addition to the water-works, I also have a poor sense of direction. When driving from A to B, I’ll take a road that I know, even if it’s clear to me that it’s a longer route. Rather than risking getting lost, or rather than exerting myself thinking, I’ll just drive in the opposite direction of my destination, if going down that road assures me that I know where I’ll end up. It makes no sense, but in it’s own way, it works.

This is true for the individual, but I believe it’s also true for the collective. So now the Gazans are firing rockets at southern Israel, again. 150 rockets, in the past week. A million Israelis in the south of the country are under attack. It’s not just the big stuff, the fear of a direct hit, but also the constant upheaval of normalcy. Couples who have been planning their wedding for a long time, and have to change their plans, because the wedding-hall is within the rocket-range. High-school students who do poorly on their final exams, because they spent the night in the shelter, rather than sleeping in their own bed. All of that has become a groove, both the attacks, and the counter-attacks, and the fact that international media takes little or no interest in the plight of a large civilian population in Israel. 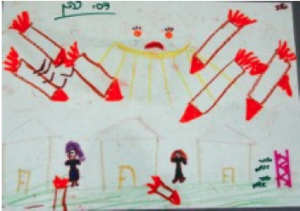 Here is a site devoted to that topic: http://sderotmedia.org.il/

I don’t know what caused the renewed launching of rockets towards Israel, this time. Somebody stuck in his groove thought it was a good idea. And Israel retaliates, as is expected. And there are casualties, usually more on the Gazan side.

I don’t believe that we, not as individuals and not as national entities, are doomed to continue to follow long-trodden paths. But we need to be able to envision an alternative to that familiar path. Sometimes we choose out of conviction, and not out of inertia. Those are the times when we end up taking pride in a decision. I thought it through, and I did my best. I’m more than a broken record.